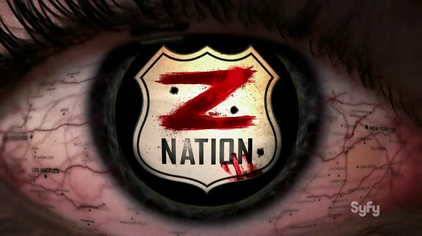 I should probably preface this by saying that I’m not really into zombies. They make no sense. I mean, sure, a disease that turns humans into ravening monsters intent upon biting other humans could be interesting and frightening, but how those same humans stay alive for years without food or water? There are these things called the Laws of Thermodynamics. Just saying. Vampires and animal shape-shifters are much more logical. I’d say zombies are the least sensible fantasy/paranormal/scifi monster.

But if you can set that aside for a moment …

What the SyFy Network (still hate the name) presented us with here is a post-apocalyptic world and a group of survivors on a mission to save what’s left of humanity. I like apocalypses. (That didn’t sound right, did it?) I like heroes. This was an interesting group of characters.

The stakes couldn’t be higher, the action was great, the characters were believable, and survival was not guaranteed. I won’t give anything away, but let’s just say Z Nation took a leaf from George R. R. Martin – who appropriately made a guest appearance in season 2!

As with most series, some episodes were better than others. The pilot got things rolling, though, so if you want to tiptoe into this story, that’ll be a fair test of whether or not you’ll like the rest of the show.

I was worried that after pulling off a great first season, the second would go downhill, but it didn’t. There was a slightly different tone – they had a little more fun with the premise in season 2 and took themselves less seriously. That tone worked for me better at some times than others (as you would expect). What’s important is that the stakes continued to go up throughout season 2, we learned more about what was going on, and by the end I was thirsting for more.

Good news: Season 3 is scheduled for next fall.

My only real criticism of this show, aside from the fact that zombies aren’t my favorite trope, is that I think there are some internal inconsistencies. I say I think because there are still some lingering questions that the show’s makers could answer in a way that would make it all pull together. I’m just … well, again, I don’t want to write a review with spoilers. And this wasn’t such a big problem that it will keep me from watching; more a minor annoyance.

All in all, I do recommend this series, especially to those who love apocalypse stories. I’d give it a strong 4 out of 5 stars.