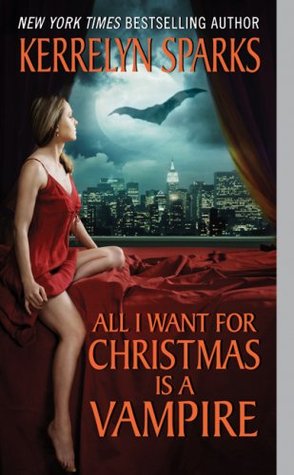 Poor Ian. The man is almost 500 years old, and until recently (book 4, to be exact), he looked 15. Luckily, thanks to a new stay-awake-during-the-day drug, he has aged 12 years, one for every day he stayed awake.

Finally, he is ready to find the love of his life, the woman who wouldn’t have looked twice at him before because he would have looked like her younger brother.

But Ian is looking for love in all the wrong places, as the saying goes. Among other things, he’s determined that only a vampire will do. And he starts his search in a male strip club for vampires.

In a fun new change of pace for this series, Toni knows from the start about the existence of vampires. In fact, she’s trying to find proof of their existence in order to help her best friend and roommate, who is in a mental ward after a vampire attack in the park. She’s attracted to Ian from the start, and a little hurt that he doesn’t think mortals are “good enough.”