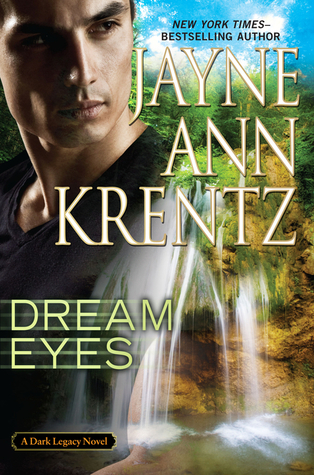 Yet another fun paranormal mystery from Jayne Ann Krentz. In this story, Gwen is still messed up from confronting a serial killer two years ago when she finds an old friend murdered in a way that stirs it all up again. But that killer died. She watched him go over the falls. So who is killing people now?

Judson, a psychic investigator, joins her to help figure it out and things between them get hot in a hurry. Neither of them does long-term, but that’s because they each have issues that somehow made it impossible for relationships to work with other people.

There were several levels to this mystery so that in the end, even though I thought (correctly) that I’d figured it out, I hadn’t figured it all out. There’s also a thread running through this book that is a part of the Copper Beach Trilogy (and part of a bigger story). There also seem to be connections to Krentz’s Arcane Society series, aside from the fact that they are both set in the same sort of psychic world.

As a mystery and as a paranormal I thought this was fantastic. As a romance, it was okay — but that’s a pretty small part of the story. I’m still left cold by a romance that is practically over before it begins because of the sizzling energy in the room the second they meet. There’s not much tension there because I don’t really believe anything can or will keep them apart.

I highly recommend this to paranormal mystery fans, and to Jayne Ann Krentz fans.