Cassie wants out of her magical life, but magic isn’t prepared to let her go – and neither is Evan Blackwood. She owes him her life, making it difficult for her to deny him anything he really wants. And he wants her. She tries avoiding him, but when two teenagers disappear from a local summer camp, they must work together if they hope to find the girls alive.

The search reignites an old feud between the Scots and the Blackwoods. Cassie’s sympathies are not with her parents, who kicked her out and refuse to accept her desire for a non-magical life. As her family falls apart around her, Evan becomes her rock, but long-buried secrets threaten to destroy everything,

Cassie may be the only one who can save the missing girls, her family – and herself.

“Amsden continues the story of the only mundane member of a supernaturally-gifted family in this middling sequel to Cassie Scot: ParaNormal Detective. Cassie, stubborn and proud, is bravely trying to live on her own after her family disowns her. Struggling to make ends meet, she accepts a case involving a pair of magical girls who disappeared from summer camp. With the aid of the handsome Evan Blackwood, to whom Cassie is attracted despite her family’s disapproval and her own better judgment, she follows the trail of the missing girls. What she finds is a dark side of the magical world, and the hidden depths of her family’s past force her to reconsider long-held assumptions. The growing complexity of Cassie’s world makes this an entertaining installment, focusing as much on the will-they, won’t-they romantic chemistry between Cassie and Evan as on the primary mystery. An inconclusive ending is clearly intended to feed into the next volume.”

Kim Falconer, bestselling author of The Spell of Rosette, Quantum Enchantment Series, had this to say:

“Christine Amsden unleashes her brilliant storytelling magic as the adventures of Cassie Scot escalate to the extreme. Rife with betrayal and a debt too deep for money to clear, Secrets and Lies plunges the reader into an utterly believable world where villains and heroes spring lifelike from the pages. Brace for a whirlwind ride of sorcery, romance and knife-edge peril. A truly original urban fantasy. Not to be missed!” 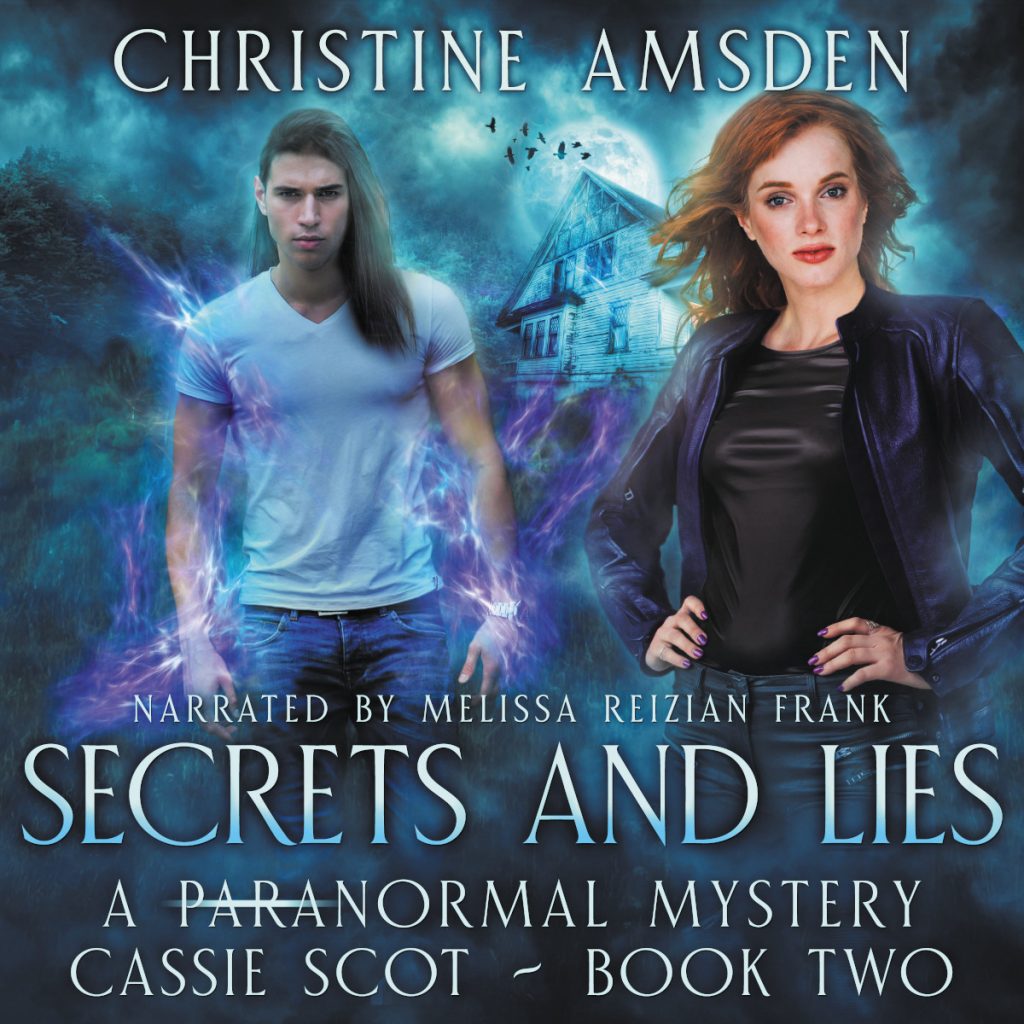